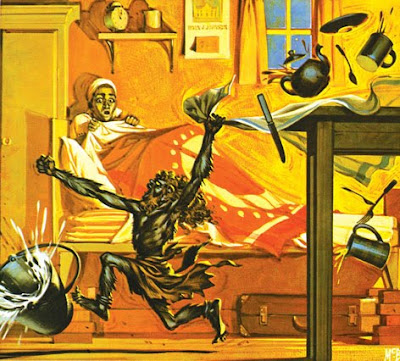 Anyone from Africa, particularly Southern Africa will be familiar with the tokoloshe and even the non-believers will have their beds elevated on bricks just to be sure that the dwarf like tokoloshe can’t reach them while they sleep.
Once the ‘tokoloshe’ is explained to non-Africans they soon recognize this creature. He is the European version of a goblin, gremlin, leprechaun, water sprite, faerie or demon. Whenever something goes awry it is the tokoloshe who is to blame. The tokoloshe is a short, hairy, dwarf-like creature controlled by witches, from Bantu folklore. It is a mischievous and evil spirit that can become invisible by swallowing a special pebble.

Spiteful people who want to cause trouble for others call upon Tokoloshes. At it’s least harmful a tokoloshe can be used to scare children, but its power extends to causing illness and even death upon the victim.

The way to get rid of a tokoloshe is to call in the n’anga or witch doctor who has the power to banish him from the area. Witch doctors make a magical substance from the body of a dead tokolosh, which makes the tokoloshe visible and paralyzes him, allowing the witch doctor to kill him. This special medicine is sold throughout Africa as protection against tokoloshes and it leaves a cold mark on the skin where it is rubbed in.
Although the tokoloshe  is seen as an imaginary creature created by village elders to scare children or as just a part of the rich vivid African folklore, every year cases of the doings of the tokoloshi and crimes in the name of tokoloshe are reported, many with deadly outcomes.

According to Theodore Petrus, anthropology researcher and lecturer at Nelson Mandela Metropolitan University, traditional magic and superstition have always formed an integral part of South Africa’s indigenous folktales, in which the tokoloshe is a common and significant character. Belief in witchcraft, perpetuated through myths and stories passed on from one generation to the next is widespread among most African communities. Those in rural areas “with less access to technology and a modernized lifestyle” focused more on supernatural explanations for illnesses and misfortunes. 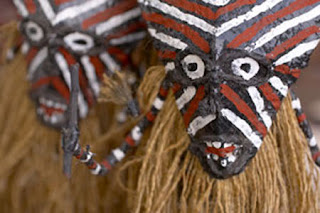 Even today many rural and urban people still believe in the power of these mischievous and sometimes evil spirits. An example of this can be seen in a report in a Zimbabwean monthly newspaper, ‘Vic-Falls News’, which reported that counselors at an AIDS workshop have agreed that evil spirits called “tokoloshes” probably spread the HIV virus by sexually abusing women during the night. Believers raise their beds on bricks to prevent tokoloshes, tiny spirits less than three feet tall with only one buttock and an extraordinarily long penis slung over the shoulder, from climbing up and getting under the sheets beside them.
As with European witchcraft and evil spirits, motion pictures have been made about tokoloshes, ‘Tokoloshe, the Evil Spirit’ was made in 1971, and more recently, ‘A Reasonable Man’, a film about a man who was tried for killing a child in the belief that the child was a tokoloshe.
So when in doubt get those bricks out and raise the bed cause you never know if a tokoloshe might decide to pay you a visit! 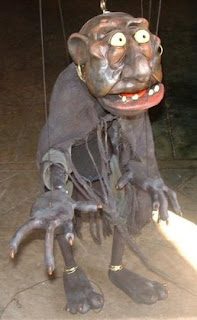 "For our struggle is not against flesh and blood, but against the rulers, against the authorities, against the powers of this dark world and against the spiritual forces of evil in the heavenly realms." Eph 6:12
Love,Peace and Bloody-coated hugs
Pixie 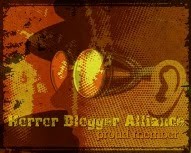 I AM NOT HERE 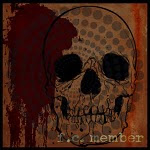 Enter your e-mail address below and let me haunt it with blog updates....

Your Official Seal of Awesomeness 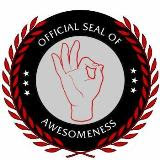 When adding this to your blog please don't forget to link it back to this blog :) xoxo

Proud to be a Member of:

Other Awesome Blogs to check out....